February 2022.. what is actually happening?

What is actually happening? We, honestly, actually, don't know. All support systems are sand dunes, and shoring up is not happening nor possible, it seems.

Day by day is possible. Planning out is not. Everyone's tired. Everyone's struggling. Everything's hard.

Also, don't live in Minnesota during a pandemic. As half of the year, it will be actively uncomfortable to be outside.

As much as it's given me, I question this location on the regular. I am grateful and, removed from so many things that made it okay (Museums! Seeing friends! Performing! Indoor play spaces for all!), it's not great. AND MY SITUATION IS INCREDIBLY LUCKY.

Also, here is my love song to childcare givers. Teachers, babysitters, those who find backup for you, those who bring you aid, those who check on you, unexpected, unasked.. whewwwwww. Thank you so!

What is happening this February 2022? This, possibly. Again, everything's made of toothpicks and wood glue, and the wheels come off really easy. But this is what's on the calendar, and I'm lucky for it!

- Teaching for COMPAS over at FamilyMeans in Stillwater, and will start teaching at Walker Methodist in a couple of weeks! Woohoo!

- Classes at HUGE will hopefully start in a week or so.

- Continuing to teach at Circus Juventas.

- I'm subbing a couple of days at New City Charter again, this time in art with 5th and 6th graders.

- I'm doing a reading of Don Juan by Moliere, as produced by Maximum Verbosity, at Strike Theater.

Back on my BS!

- Penny and Bandits! I continue to put out music; right now, I'm working on cleaning up songs for release on Bandcamp and Soundcloud.

It'd be more fun with live folk, and that's not really possible right now. So, 'grateful for magical digital musicians filling in. It's a similar vibe to using Adobe or Procreate vs. hand drawing or oil painting. Different tools for different times. All very cool, all very lucky.

If you have found yourself here, there's a very good chance that I miss the crap out of seeing your face and hearing your laugh. JEBUS.  I hope to see you soon. <3

Minnesota is currently riding out, as much as we can, a viral blizzard. (Oh, Dr. Olsterholm.) And many many things are rightfully pausing, shutting down, or sadly, there aren't enough well people to do the things.. like healthcare or school bussing.

There is grief, and there is always, a cloud of uncertainty in doing anything: the back ups are gone.

(Negative double-digits have not helped. Again, Minnesota. I am lucky enough to own long underwear: I move from my sleeping long-underwear to my dress?? long-underwear.. My professional long-underwear? ... And yet, here we are.)

We're supposed to peak in the next week, and then hopefully the storm will pass. Peak sounds something to get over, and weirdly, And above Dr. Olsterholm says endemic maybe around Christmas? UNTIL THEN, we will continue this strange terrible tango.

- Penny and the Bandits! I'm still releasing songs on instagram. And, piecing together fuller audio-only versions, to be released on bandcamp and soundcloud when finished. Woohoo! In my brain, Sylvan Esso is so cool (even though I'm not the biggest fan): does my stuff sound like Sylvan Esso? ... Nope. Absolutely not. But I'm having fun, and I'm grateful for that.

- I'm back to taking voice lessons with the amazing Brianna Lane. I've said it before, but it's so lovely to having someone telling you to breathe.

- I'm back at Circus Juventas. HUGE classes will start in a couple of weeks.

- SHOW X had it's last Monday-run Show X... BOOOOOOO! It was lovely and I'm bummed.

- There is future stuff on the calendar! Will these future things happen? WHO KNOWS. Classes for seniors through COMPAS... A remount of the Bungalow Loft at the Bryant Lake Bowl... Some Improv A Go Go... I'm still yelling at fourth graders at the Bakken. Maybe something cool at Mill City Museum?

If interested in listening to some awesome middle-schoolers perform a serial high-fantasy them-devised me-scripted radio drama/podcast, why listen here! ARE YOU NOT ENTERTAINED?!? 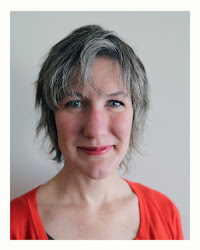 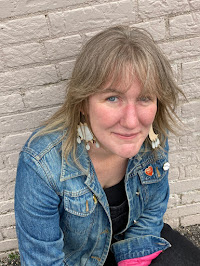